I am sad to pass on news of the Passing of Dr. Frank William Blaisdell on April 18, 2020. Dr. Blaisdell had roots in many of our Bay Area Institutions, including Stanford University, the San Francisco VA, UC San Francisco, San Francisco General, and UC Davis. Almost every member had the honor to be connected to him as a friend, colleague, and/or mentor. We all saw him as a giant in surgery. He served as Vic-President of the Society in 1973.

Below is the official Obituary shared with us by his daughter, Molly.

Frank William Blaisdell died of a stroke on April 18, 2020, at his home in San Francisco. The renowned vascular and trauma surgeon, after whom the medical library at U.C. Davis was named, was born on August 30, 1927, in Santa Barbara, California. “Bill” was the eldest of three children. His parents were Stanford graduates; his mother, a political activist, had been a chemistry teacher; his father was an obstetrician and radiologist as well as the author of several magic books. When Bill was five, the family moved to Watsonville in the Pajaro Valley. After graduating from high school, he attended Stanford University, where he graduated with a Bachelor of Science degree. While attending Stanford’s medical school in San Francisco, he married Marilyn Janeck, a recent Stanford graduate who was teaching junior high, in December of 1950. During an internship in Philadelphia, he and Marilyn had the first of their six children. In the midst of his medical residency, he served two years in the U.S. Navy in the Korean War as a medical officer. With three children in tow, he took a year residency with Dr. Francis Moore in Boston and after his residency a year’s fellowship with Dr. Michael DeBakey in Houston. He was chief of surgery at San Francisco’s Veterans Administration Hospital from 1960 to 1966 before, as a father of six, moving to UCSF and San Francisco General Hospital, where he was also chief of surgery and became San Francisco’s chief of Emergency Services. He coordinated the city’s ambulance service and was always proud of the trauma center he created at SFGH, one of the first in the country. In 1978 he moved to Sacramento to chair the department of surgery at U.C. Davis. In parallel with his work as a surgeon, he had a prominent research career. He published more than 186 papers and 135 book chapters; his series of textbooks on trauma, co-edited with Donald Trunkey and others, were standard works for many years. When he retired from his chairship at UCD in 1995, he took on work as chief of surgery for the Northern California Veterans Administration Health Care System. In 2001, he moved full-time back to San Francisco. He continued to teach and consult.

Well known for his energy, wit and activity, he was also fun-loving and enthusiastically par-took of his hobbies, which over the decades, included magic, model airplanes, slot-car racing, and tennis with his equally energetic wife. In his complete retirement, he wrote mystery novels based on characters invented by his father. His favorite place was a rustic family cabin at Fallen Leaf Lake, near South Lake Tahoe, where he could swim, hike and conduct various home-im-provement projects. Widowed in 2016, he leaves behind his six beloved children (Sally, Sue, Rich, Carol, Bob and Molly), fourteen grandchildren and five great-grandchildren, sons- and daughters-in-law, his admired sister Mary, many fond nieces and nephews and devoted friends and colleagues.

Here a graphic showing the number of cases in the United States. I hope to be able to keep this updated. Most of the data comes from the link below. Hoping we can all #flattenthecurve.

NEJM: Aerosol and Surface Stability of SARS-CoV-2 as Compared with SARS-CoV-1 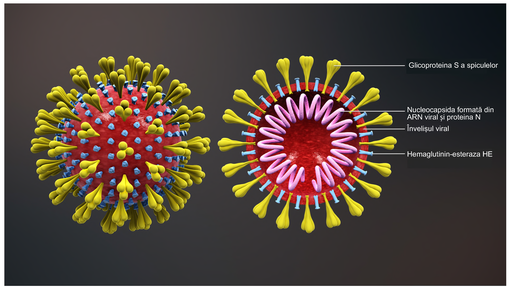 It is time to solicit applications for membership in the Society.  If you wish to sponsor a candidate, please fill out the application found here. Applicants must have graduated medical school at least 10 years ago.

The complete application should include:
1) The completed application.
2) The candidate’s CV.
3) A passport-sized picture of the applicant.
4) Two letters of support from members.

Tonight we will be welcoming our new members to the Society. They include: